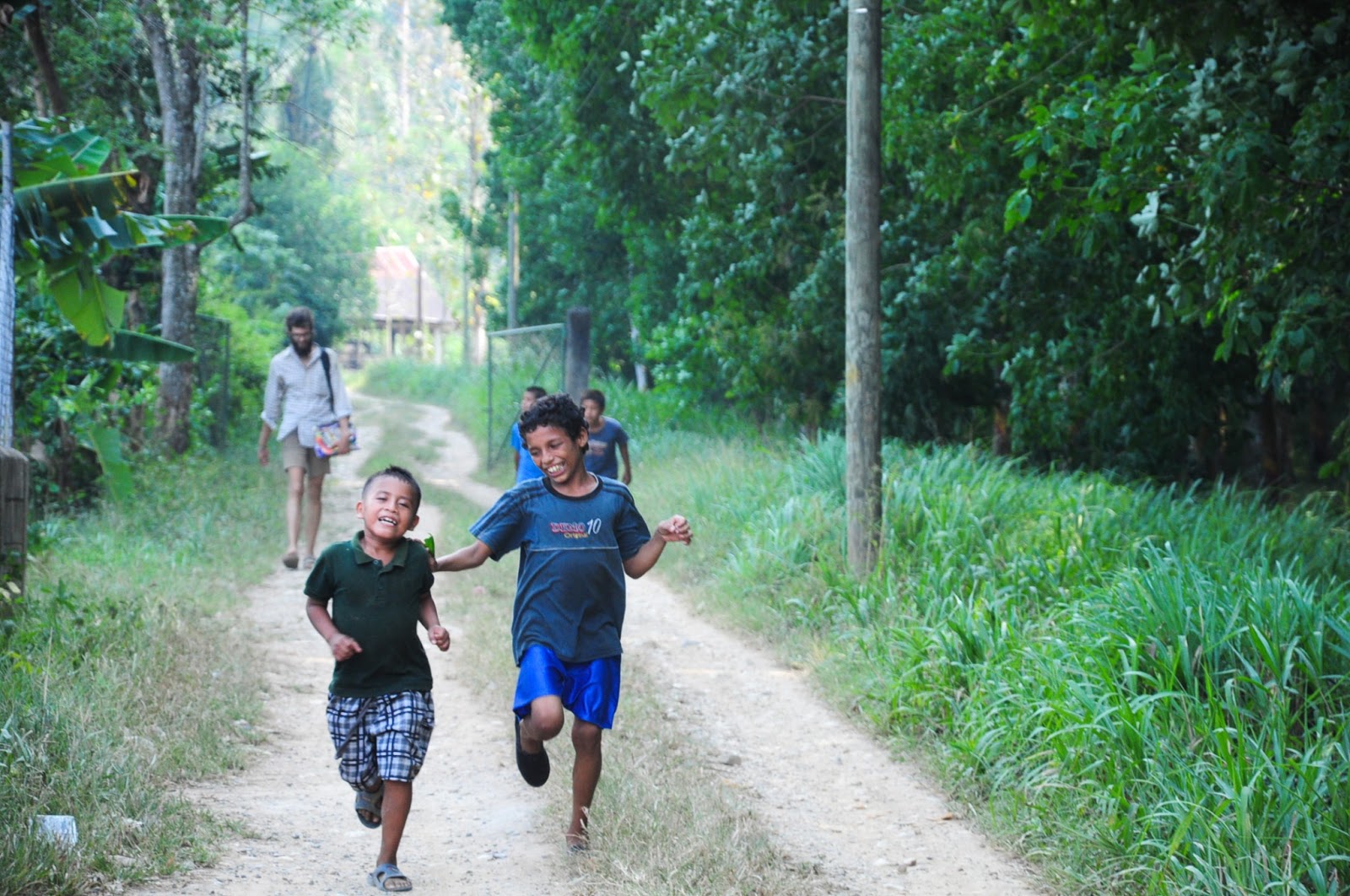 I am stunned to say that today marks my third week in Nueva Mercedes as time has flown past me.  My fellow volunteer, Michal, I am certain would agree that time moves almost too quickly, which is unexpected taking into consideration the slow pace of rural living.  At this point, I reflect through asking myself some very crucial questions:  How have my views of the local school become more thorough and/or changed over time since my first impressions?  What have I, as a creative individual, contributed to the school's efforts?  What are these efforts strength's and weaknesses?  And lastly, what should my next step aim for?


I find it always interesting as you become more accustomed to some entity, in this case being the school, you in response become increasingly critical of its operation.  After spending one week circulating through each of the six classrooms, observing the teachers and mingling with the children, I have found myself committed to spending the majority of my time in the third grade.  Some of the reason's I have selected this classroom is my immediate connection with many of the children, the large number of those children demanding extra help, and ineffective teaching.  This decision does not celebrate the other rooms superiority over the third grade, but has been carefully chosen on the basis of my presence as most fitting in comparison to the others.

The third grade classroom is energetic and has loads of personality, but this energy at times turns rambunctious and chaotic.  Although I have had little success in helping keep order, I intend to find a solution in harnessing the chaos, transforming it into something productive.  A small example would be introducing hands-on group activities, such as creating Roman Numerals using our bodies, instead of simply writing them over and over.  This potential activity and other's I am constantly thinking of are in accordance with my belief that utilizing excessive energy is more effective than suffocating it.

Looking back on the writings of David Kando and Caleb Winshop I see that they were initially awed by the amount of time that was wasted in the short four-hours spent inside the classroom as well as the lack of creative activities used regularly.  This frustrating fact influenced their efforts which have not been in vain as I see that  one of the grades they spent most of their time with, that being second grade, is more often provided with relatively interesting tasks and more efficiently utilizes class time.  A wonderful example is seen by the instructor Martha having children come up to the board to perform tasks individually in front of the class audience.  This is extremely helpful in testing each child's competency, building individual self-confidence, and most of all providing a fun and exciting environment to learn.

As the third grade struggles to imitate this sort of setting, it is my first priority to help the class instructor, Elda, with time management, i.e. grading notebooks and writing lessons on the dry-erase board, giving her the freedom to further instruct and engage with the children.  If I am unable to convince her of this rearrangement it is then my responsibility to find short activities keeping the children under reasonable control and engaged in the task-at-hand (another highlight in the writings of David and Caleb).  Secondly I would like to sit down with her and come up with alternative activities instead of simply writing information on the board and having the children copy.  I find with the current method of instruction there is nothing about the transferal of information that is leaving a lasting impression on the children, thus preventing them from retaining new knowledge.  Activities, contests, competitions and educational movement I believe to be a good start to addressing these troubling issues.

I reiterate that I feel I have had little success in creating and/or promoting  change in the regular classroom headed by Elda, but I firmly believe that my little one-on-one's with individual children are of benefit to those who cooperate with me.  With the class having large disparities of capabilities in reading, writing and arithmetic, I have assisted the weaker students with hope of keeping them from falling too far behind, and have further challenged the stronger students as they usually finish well before the rest of the class.  The strongest criticism I have of myself thus far is that I play favorites, and have naturally tended to ignore those that aren't so enthusiastic about communicating with me.  I must have faith that the reluctant ones will open up to me and be more cooperative in time. 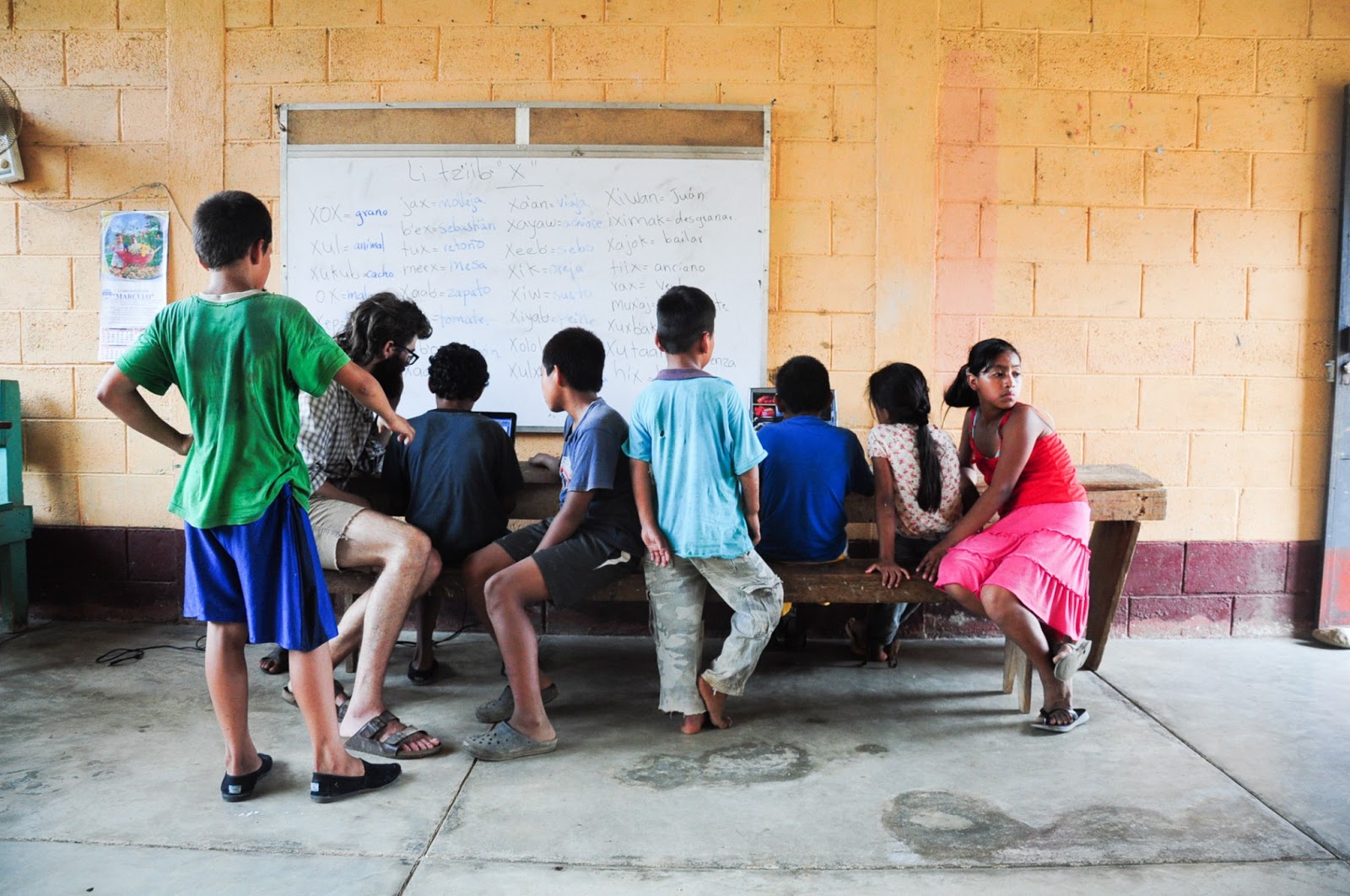 The after-school computer sessions have been functioning consistently the past couple weeks but there is still plenty of room for improvement.  Attendance is strong, almost too strong, being we have little equipment for many children.  With only two computers, the fifteen-or-so waiting children surround the one taking the lesson while being physically and emotionally disruptive.  I've discovered that almost all of the children perform better in isolation as they are more concentrated and confident.  Until we receive our recently donated computers, our solution to this problem has been prohibiting other's to be near the current lesson-taker, and promoting individual reading time or drawing while waiting for turns.  Recently, I have made it mandatory to read one book before taking a lesson as my improvisational lessons pose basic questions about the story they have just read.

When I calculate and add up the dozens of problems that I observe on a regular basis in my first few weeks in Mercedes, I cannot help but confess that the task we have laid out for ourselves here at Li Ch'utam is an ambitious one that requires much time, resources, and most of all patience.  The former two we have for certain, with many eager volunteers already on board for this school year and new computers arriving in the near weeks ahead, therefore is most important to remain focused and determined in trusting the latter.  Patience.
Posted by Li ch'utam at 7:51 PM 2 comments: