I met Lester in October. 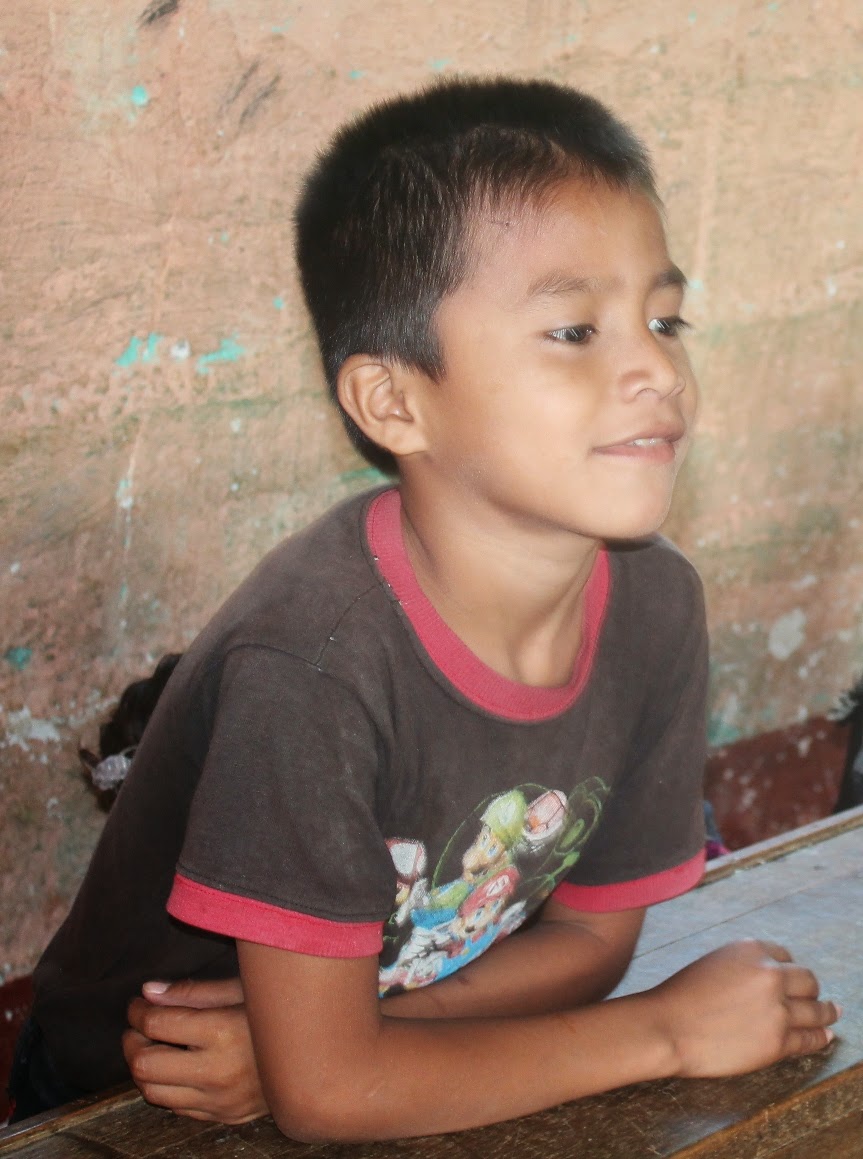 He is around 7-9 years old. He was speaking almost no Spanish and because of his behavior I had the impression that he barely understands any of my words as he was basically not following my words. He wasn’t close with others kids. They were hitting him or he was hitting them. I was working with him individually during literacy classes during summer. He was coming but couldn’t read, we were working with vowels at the beginning as consonants were too difficult for him. Sometimes he was looking at me guessing the letters “a”, “e”, “i”, when the letter was “u”. 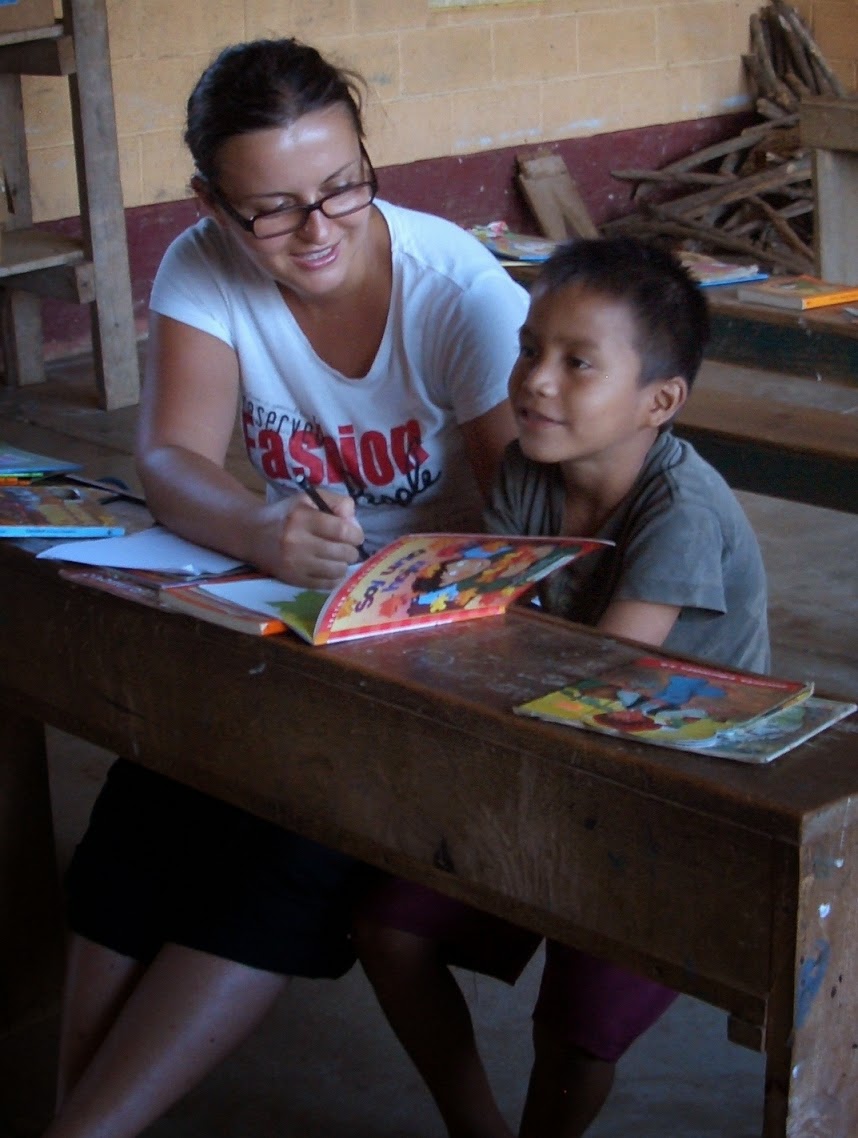 I noticed that it’s difficult for him to concentrate and he was getting bored quickly saying “no quiero”. I didn’t know why.. There was a theory that he’s a bit retarded. This theory was easy to be proven as he was following absolutely no rules, sometimes he was just standing up and leaving or punching other kids or jumping with punching “karate style”, shouting etc. I decided to give him patience and appreciation of any results. 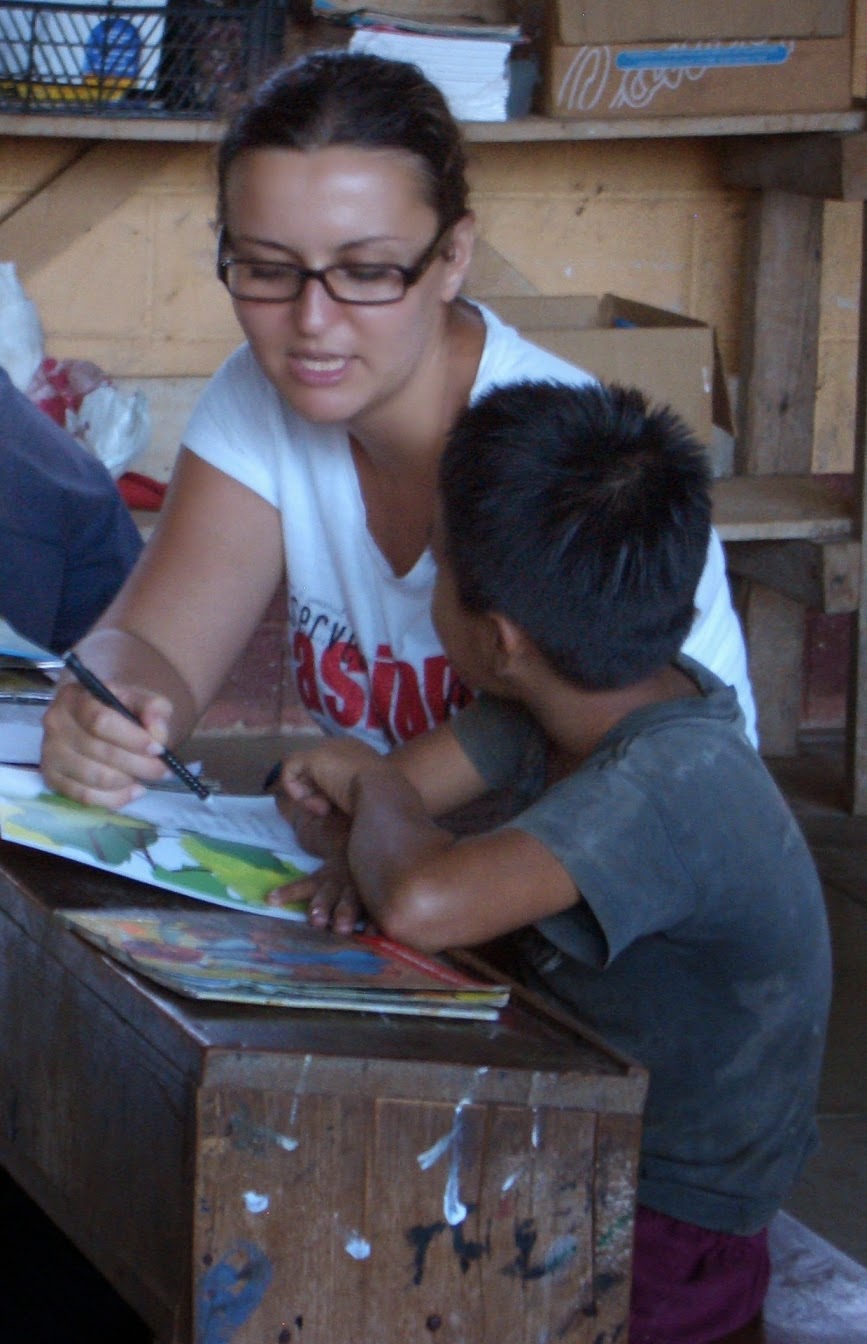 The second one was a simple “bien” or “muy bien” and after a day of hard work I was always telling him what a great job he did that day. I saw this twinkle in his eyes, he was proud. Some days he was the only one in the class, while others were playing outside. What I like the most in this kid is that he doesn’t care about what others do or think. 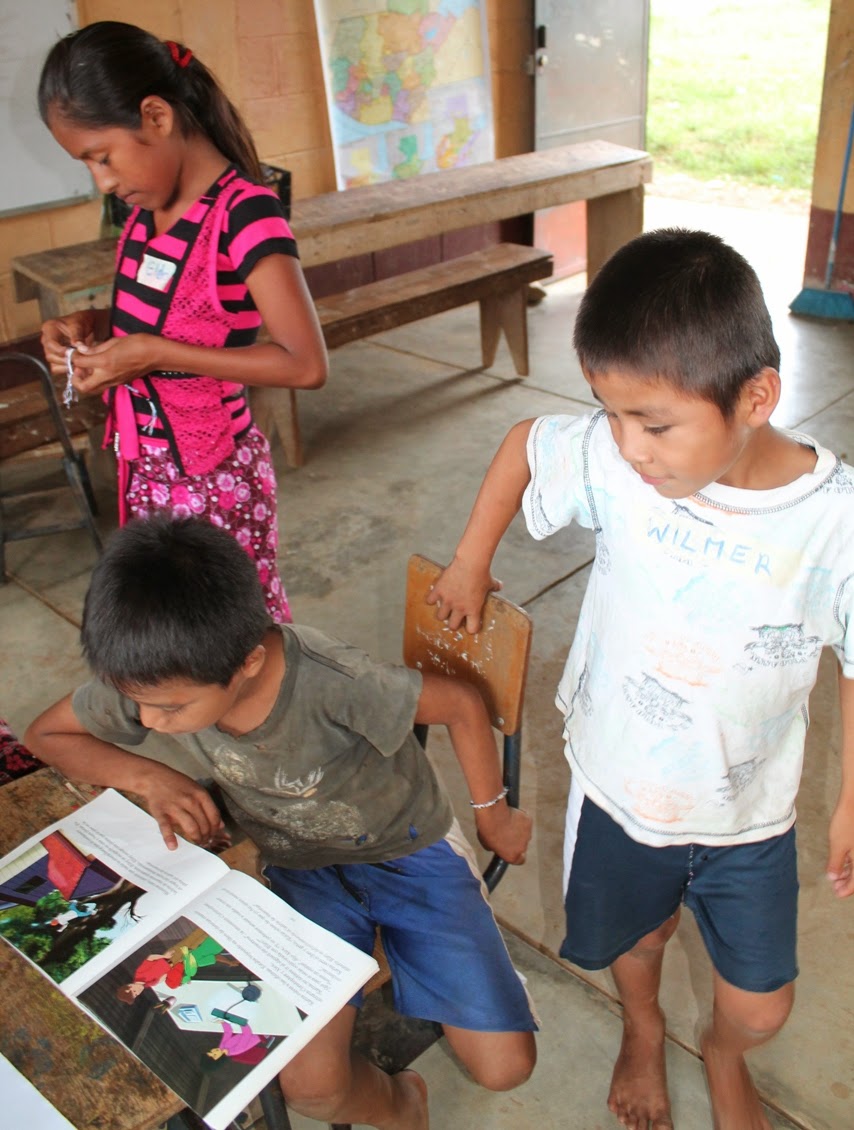 He says and does what he thinks, answers questions, is not afraid to speak, even if sometimes he is talking about a totally different issue. He wants to come and learn and he simply does it. And when he doesn’t want it anymore he communicates it and leaves. Coming back to the story, already in October and November he was progressing incredibly from day to day, learned all the vowels, some consonants, simple words, started speaking some Spanish so that we could communicate. In January Lester started first grade, with Marta, in my opinion the best teacher in local school, who speaks only Spanish with kids. It’s June, Lester comes to our classes almost every day. He speaks, asks questions, answers in Spanish, follows instructions. He knows almost all the letters and during literacy classes is the first to take a book and read. He masses up some letters but has this incredible motivation to start again and again. He wants to read and puts a lot of effort to achieve it every time there is something to read.

Once during literacy classes children were drawing objects from the story I was reading. Lester that day draw 4 pictures of his own story and told us the story in Spanish. It was about a girl and a boy who were in love. She was kidnapped by a bad man with helicopter and saved by the soldiers of her man. I was so happy both for listening to his creative story and his new vocabulary ;).

Now Lester is coming for our classes saying “yo quiero” to whatever we do. Sometimes I take a piece of paper and want to do easier things with him, as most of the kids are from 2nd of 3rd grade, going back to practice letters that are difficult for him, but he wants to read books so stubbornly that I let him doing mistakes and try. 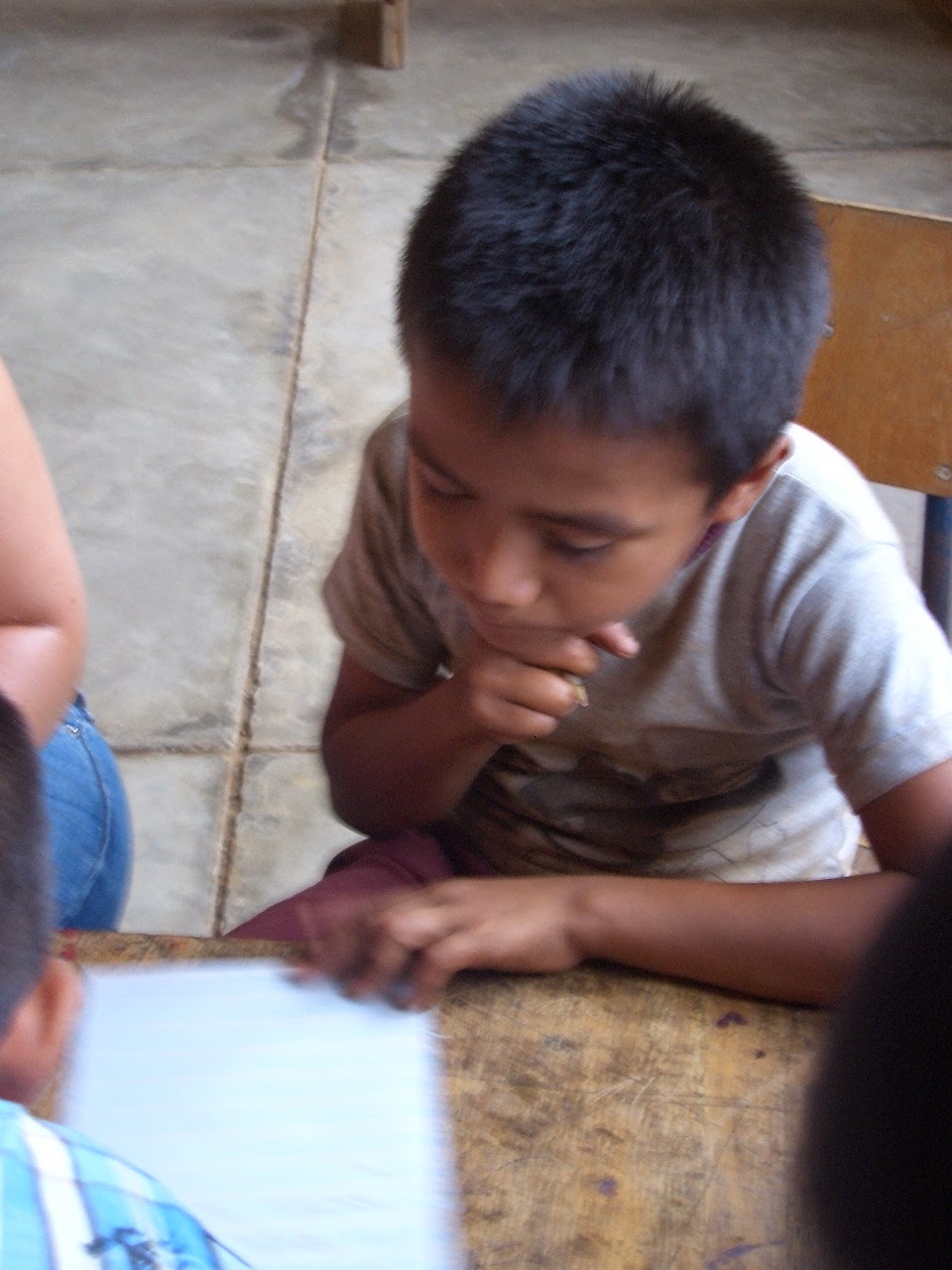 It’s not only about reading. Last time he came for math classes when we were doing roman numbers with 3rd and 4th grade kids. It was obviously not on his level as he knows counting till 20 since 2 months.. But he loved it, got it very quickly and was doing it sometimes better than 4th grade students! I was soooooo proud of him!

His behavior changed. He’s less violent, sometimes gets sad or does his “karate” but is not punching others without reason.

From my point of view this kid made a huge progress, in Spanish, reading, writing, math, understanding, expressing, communication, behavior. For sure there were many different conditions that helped him achieve this. I’m sure Marta as his teacher and Li Ch’utam’s activities are important once, with the most important his own motivation. Being a volunteer in Li Ch’utam many times I ask myself why am I here, am I actually doing something good here, can I influence people here in a positive way, leave something in them that will serve them in the future?

Two days ago during our classes kids were to draw and write names of the objects that can be found at home. There were around 10 children in the class, from 1st to 6th grade. Most of the kids had 8-12 objects. Lester had the biggest number - 20. Some of them with the names terribly written. But watching him repeating the word “tijeras” 30 times to be able to catch the letters was simply beautiful! After that he helped me organize Li Ch’utam materials and clean the floor. 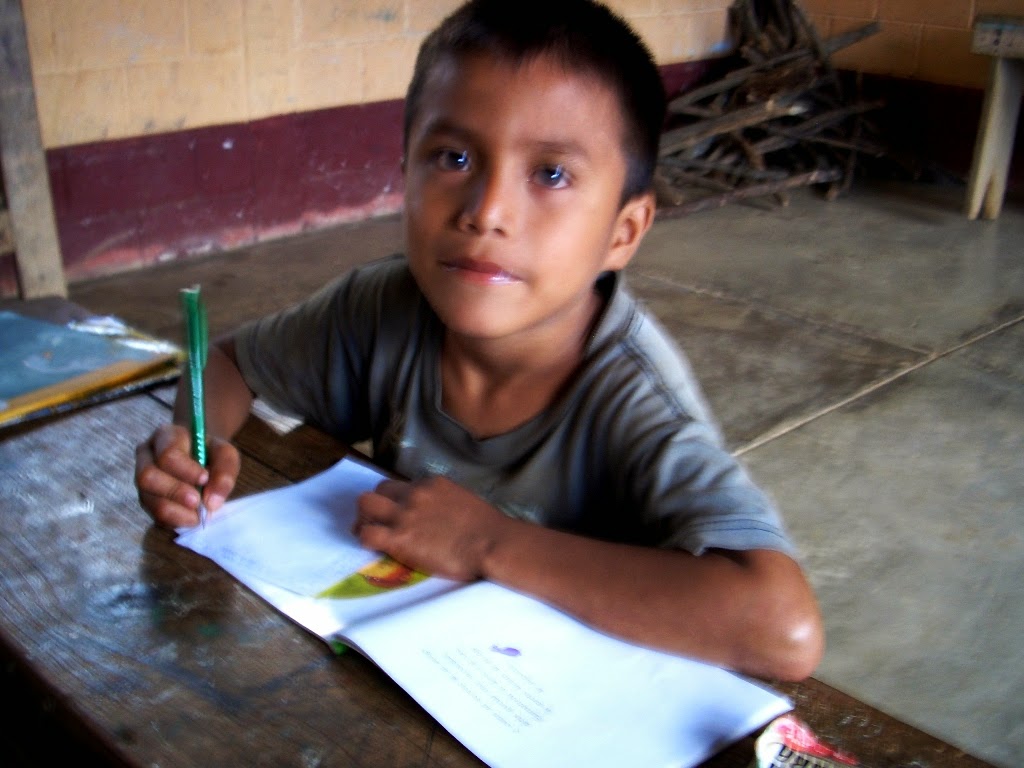 A child alone cannot develop, but if you give him a chance to do it, he will, and Lester is a prove for it. I love this kid! And even if he is the only one whom I’ve influenced a bit during my stay here – it was worth!
Posted by Li ch'utam at 7:06 PM No comments: