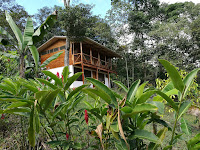 It has been a week since the new team (Giulia from Italy, François from France and me) has arrived in Nueva Mercedes. The journey from Guatemala city was long, but once we settled into the volunteer house, we felt refreshed and was eager to start working and contributing to the projects. First thing we could do was to push a series of social media campaigns to raise funds for the scholarship program given the school year has just started. 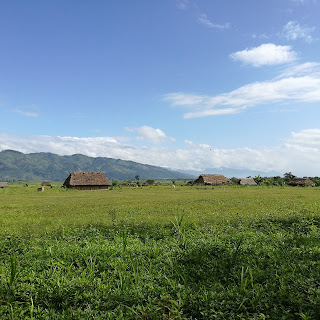 Everyday is a new and exciting day for me personally, and I am sure it is the same for my other two teammates (and housemates) too as we started more or less the same time. There is a lot to learn, anything and everything from this organization, to education in Guatemala and to the social and cultural norms in this village. It is quite overwhelming for me, not only because of the new environment that is totally different from what I am used to, but also because that I am feeling that there are so much we want to do for the children and community but we were not able to do all, at least not yet.

One of the tasks on the priority list is to get ready for the inauguration of IT centre. The IT centre is almost finished. It is looking beautifully from outside. It is built on high ground and is surrounded by a few village houses and green fields, it really stands out among the houses made of wooden sticks and hays. The first floor is nicely painted in white and the second floor is made of neatly shaped and polished woods.  While the IT centre always puts a smile on our faces whenever we walk pass by it, we know that there are still lots to do. For example, it is critical that we get more computers ASAP but it seems impossible to find them. We have been reaching out to various sources, personal contacts, schools and companies, but the response rate has been low. I would have never expected it to be so hard to get a couple of used computers. In the corporate world that I was in before, everyone changes computer every 2-3 years, but it is a complete different world out here. 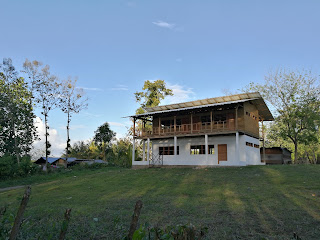 Another challenge is to understand the cultural dynamics of all the stakeholders. One might think that with the mission of Li Ch’utam, it is so easy to implement all the programs whenever, and we get support easily from everyone because it is a good cause for the community. The reality is not like that at all. Having an understanding of the perception of each party involved and following the local protocols are very important. For that reason, the team has already been setting up meetings in the first week. Yesterday we had a good meeting with the COCODE, the local governing committee that is comprised of several representatives from the community, to update what we are doing and get their support. Next week, we plan to meet the school teachers and get to know them better. 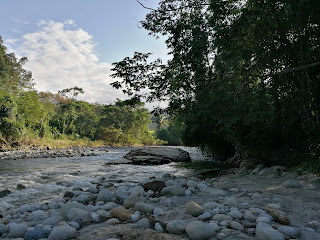 The first weekend here, we went to the river that is in the next village for a swim. We met the other volunteers who are teaching English in another NGOs in the next village. We also met families and friends that know Li Chu’tam. We all gathered at the house of one of them and celebrated the weekend with a simple dinner and music. It was a very pleasant and amiable gathering to know the people around and learn about their lives.

To sum up week one in Nueva Mercedes: it is a week of learning and a week of familiarizing ourselves with the place, the community and the way of living. Today there is no electricity after the storm last night so there is no WIFI and our computers are almost out of battery. We have to get used to that. Despite all that, the picturesque backdrop of the blue sky, hills with multiple layers stretching into the horizon and village trails meandering through the coffee and rubber plantation are something that I would never get tired of.

Most importantly, the curiosity and smile of the children in the village is a constant reminder of why I am here. I think all volunteers would feel the same. 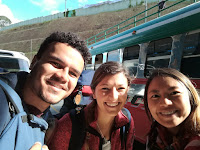