To this day I recall quite vividly my first day at Nueva Mercedes school back in February. Quite nervous and soft-spoken—uncharacteristic of myself--I decided to spend the day with the second grade, as I find children in this age group to be more often easy-going, compared to hormonal fifth and sixth graders. One of my first simple acts of assistance to Instructor Marta consisted of me passing out chapter books to the children, saying hello, repeating my name endlessly, and then walking around the room and listening to them read, sometimes helping them sound out a long word. Discovering that the majority of the class could sound out most of the words and read out-loud (sometimes to a point of obnoxiously yelling), my first relieving thought was, “Phew, at least they know how to read.” However, this conclusion I would come to discredit in time, as I have discovered the school, the community, and the entire region is plagued by illiteracy.


Upon realizing that almost all of the children-- grades 1 to 6--were reading in the exact same lifeless, monotone voice, even during sentences with question marks, exclamation points, and quotations, I sensed that something was inherently wrong. After examining closely the teaching methods in first and second grade I concluded that the teachers had been successful in implementing the phonics method of teaching reading but have failed in instructing the children to the convert the letters' phonetics into comprehensible written language. Considering the undeniable importance of literacy being at the basis of education, as well as its service as an invaluable tool to many children who will finish school after sixth grade and begin working, I say if a school should give a child anything it must be the ability to decipher text. 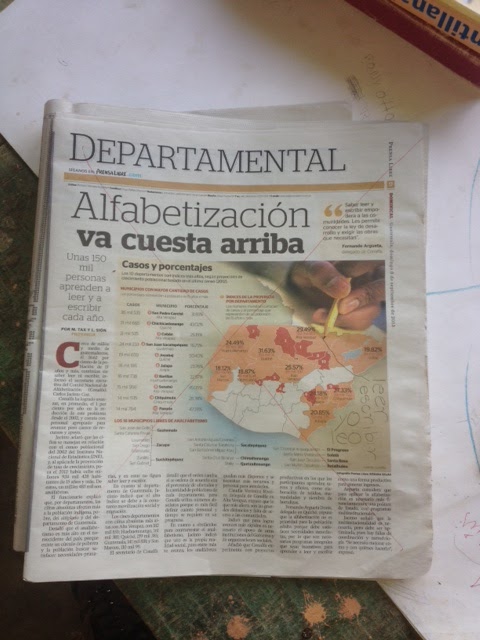 In a lecture held one day in the third grade, Instructor Elda discussed the problems of illiteracy having negative impacts in the communities of Guatemala. To make her point further clear, she asked the children in the room to raise their hands if their parent's knew how to read and write. In a class of twenty-five students, six raised their hands. Furthermore provoking, and a testament to the results of this exercise, in a study revealed in the national newspaper Presa Libre, the municipality of Panzos, where Mercedes is located, is red-flagged and identified as having the second highest percentage rate of illiteracy in the country (47.38%).

The numbers' are clearly daunting, however, we are going to fight this simply by planting seeds for the future and our solution to this is getting books inside the house for the kids to read. Whether it be due to cultural or financial reasons, currently the families of Nueva Mercedes do not own books therefore the children appear to be estranged to them. With hope of reversing this we have begun to provide books to the children via a small library system where they are given the opportunity to check-out a book for a number of days at a time to bring home or elsewhere. As of now we have forty books, varying in reading level and subject matter, and the plan is to increase this number substantially, diversifying as much as possible, including not only fiction but historical, scientific, and environmental topics. Operating for about three weeks now, it has become popular among a small group of students and I believe that we will see greater participation with the accumulation of more books. 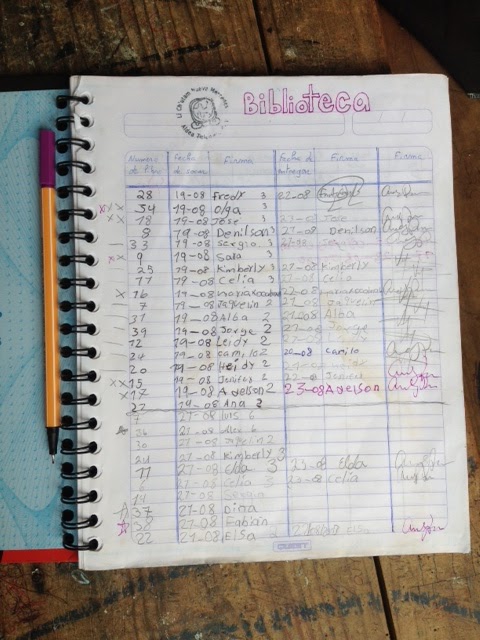 We are currently writing a “Donation Call” similar to that which we made for our laptops to request books from individuals, as well as sharing our small campaign with our friends CampusTech and Empresarios por la Educacion in the city who both have expressed interest in helping promote our cause. With the summer approaching it will be a very straight-forward objective for Li Ch'utam to raise books for the 2014 school year and formally introduce it at the start of the school year to acclimate the children to the process. 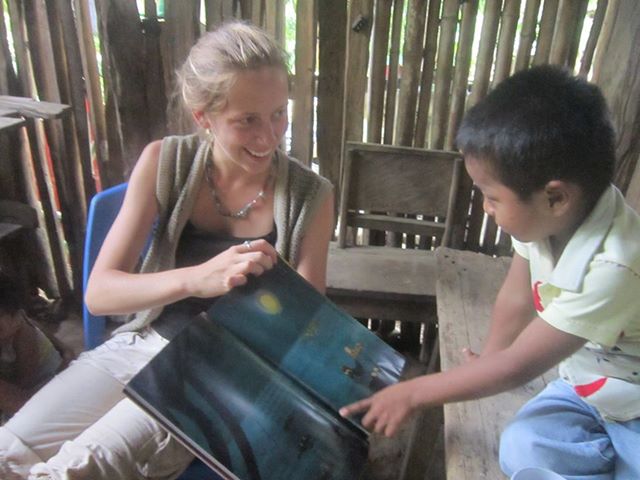 Of course, simply providing books will not improve the situation alone. It is going to take a great amount of joint effort between the volunteers and teachers, and with their evidently being lack of communication between the two parties, a common objective such as increasing literacy could be a means of bringing us closer together. 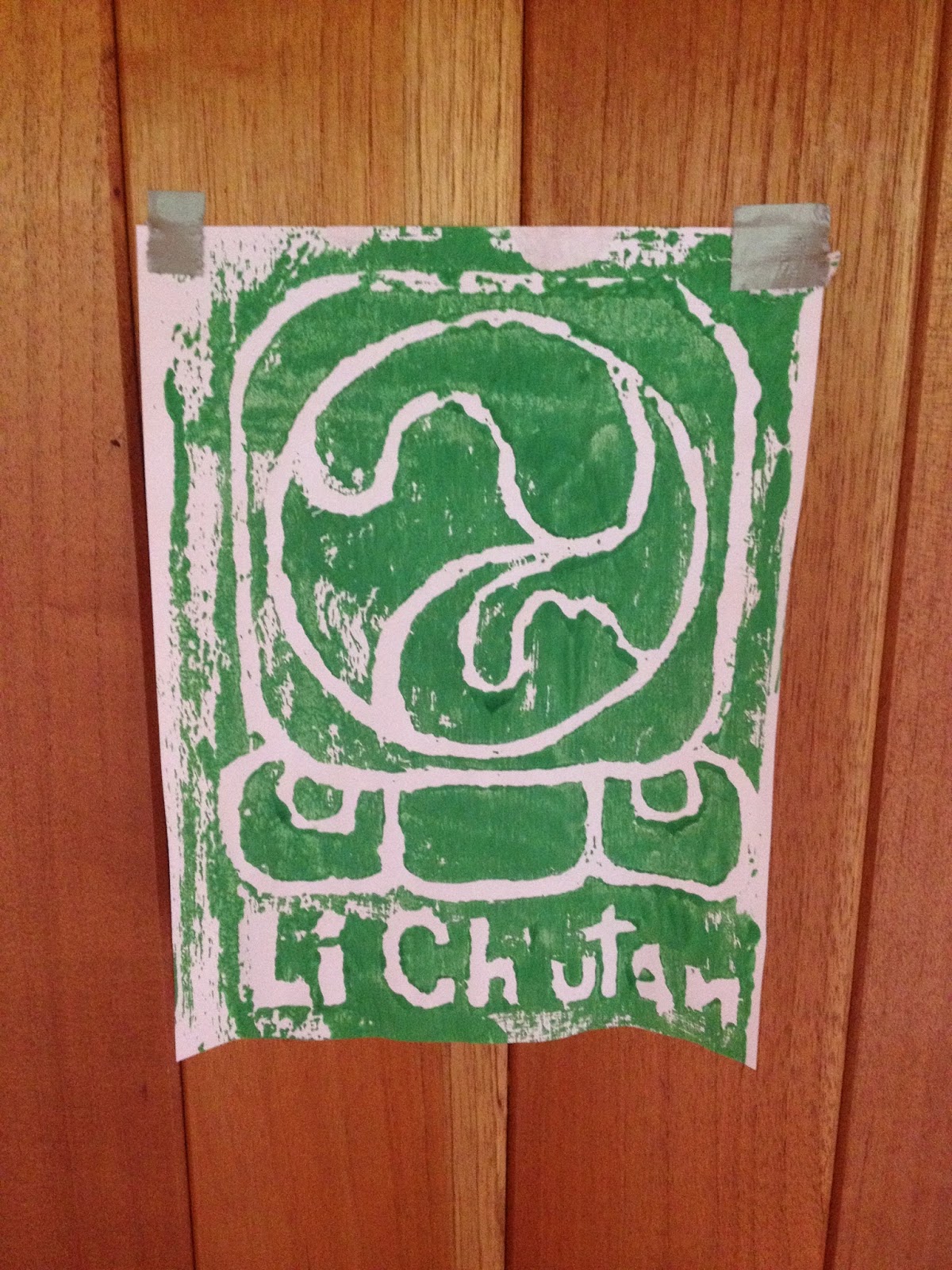 Picking up where I left off in the most recent post, regarding primarily more interaction with the community and searching for what might be desired, I'd like to share two current goals that myself and the Li Ch'utam team have set up for ourselves in the coming weeks. First, we are in the midst of setting up interviews with a dozen or so families that either have children approaching the end of primary school, children already attending basico (the equivalent of middle school in the United States) and/or children eligible to attend basico but currently are not for a number of different reasons which will be shared throughout this posting. Second, we are on a mission to discuss with chauffeurs in Teleman potential price range of developing a round-trip Transportation System accessible to only basico students at a discounted fare.

A note for the readers: in Guatemala, free public education beyond 6th grade is not provided, therefore it becomes the responsibility of the families to incur the costs, which in a large number of cases unfortunately is beyond their means. Once I gain more information about the total costs of education I should be able to elaborate on educational investment hindrance.

The purpose of the first task is for one, to have a formal discussion with the parents about the realities of higher education, to hear what they have to say about the potential opportunity, and express our interests in continuing a dialogue with them to explore choices and possible outcomes. Already having multiple discussions with parents and young adults in Mercedes, Teleman and surrounding communities, the desire to continue studying is ubiquitous. Even a number of teachers I have spoken to passionately expressed their cravings for a university level of education, as they feel it would allow them to perform their jobs better, but like the families of Mercedes the costs are beyond their salaries (Note: Becoming a teacher in Guatemala does not require university level certification which perhaps explains the high number of under-qualified teachers.  Excuse my lack of proper citing and statistics, but I was sometime back informed of a privately funded study that revealed that nearly half of primary level school teachers cannot pass 6th grade level evaluations. Food for thought.) This all being said, there is a lot to sit down and talk about, even if there are no apparent solutions. Secondly, it will provide us with basic data, such as overall costs including uniform, transportation, food, and school supplies (obtained by parents who currently have children attending), and the maximum amount of money families would be willing and able to pay given there was some sort of potential subsidy. 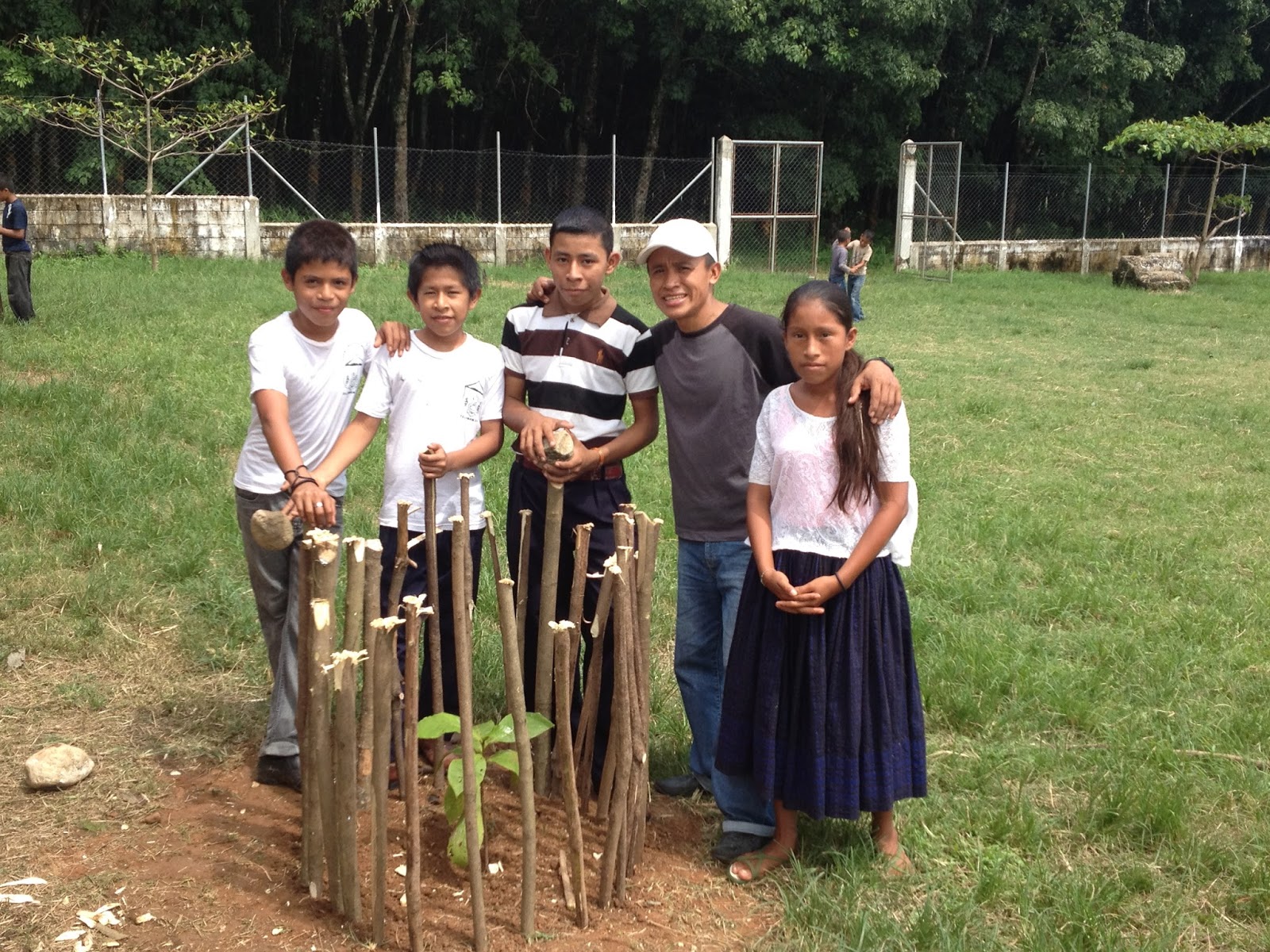 The idea for the second task was proposed by past volunteer Michal Azarkiewicz while we were discussing possible scholarship opportunities for female students considering the ratio of boys to girls that attend basico in Teleman is relatively high, especially among the outside communities such as Mercedes. We have discovered that this disproportionate ratio is in part due to security issues, such as sexual harassment and in extreme situations, rape. One of the underlying problems of the whole issue is that basico school hours are from roughly 2 pm to 7 pm therefore the children must travel back to their communities via bicycle or pick-up truck in extreme darkness, evidently an unsafe atmosphere for a young lady. Upon becoming aware of this reality, Michal suggested that we open up a conversation with chauffeurs in Teleman (there being many) and try to arrange a fair compensation that will likewise become a positive addition to the typical school day of dozens of children trekking multiple kilometers on foot or bicycle in the blazing hot after-noon sun and dangerous pitch-black evenings. 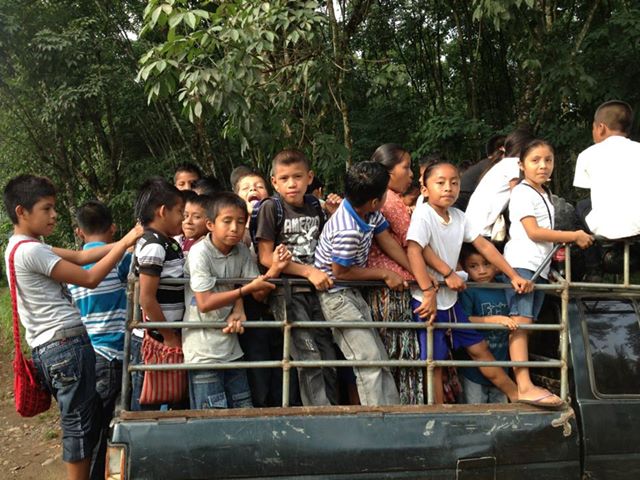 The necessity to set up this proposed Transportation System became even more pressing after a discussion I held with our scholar-student Waldemar when he shared with me his most recent experience of fleeing from men who were trying to lure him into their vehicle while on his way home from school one evening of recent. Aware that there have been instances of “ransom” in the region, Waldemar dropped his bike (perhaps his most valuable possession other than himself) and sprinted into the nearby sugar cane plants and hid for nearly 30 minutes until they passed. Part of me wishes that his story was merely a child's nightmare enhanced by paranoia and embellishment, and at first I was equally surprised as I was horrified to hear of a such story in a place that appears to be so calm and distanced from the crime-infested city, but it is a clear message that something as simple as a couple pick-up trucks dropping exhausted children securely off at or near their homes must be devised and promoted as soon as possible.